Last week, Tyler and I had the privilege of taking a group of 9 kids from the Clifton neighborhood to the Springfield Museum of Art to participate in a four-day pilot program designed by Museum Educator Deb Housh. The kids ranged from grades 5-8, and all received scholarships to participate in the first ever IGN!TE program. 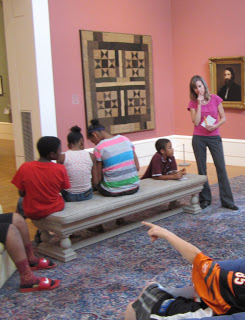 On the first day of the program the kids were extremely excited and rambunctious to say the least. As they sprinted full force jumping over rocks and flowerbeds, I became a little hesitant and nervous for what was about to take place for the next four days! Deb was there to welcome us all with arms wide open, even the ones that were on the floor or using volumes that were not created for four walls. At that moment I think we all knew we were all in for an exciting week!

After the first day our kids were referred to as a “ball of energy”, and that they were. Much of that energy is simply due to the fact that they are kids. But after some reflection on the first day, we also realized that some of the behavior we observed was a response to the foreign environment they were immersed into for the first time. To go from the neighborhood to an art museum was a little uncomfortable and intimidating at first for these kids. It was really awesome to see them navigate their way and become more comfortable in the museum. The progress that they made during the week was night and day! 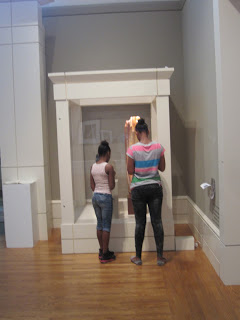 As Deb worked with the students, by taking them on gallery walks through the exhibits, creating their very own self-portraits, and educating them on the museum, they went from unfamiliar and disoriented to experienced and knowledgeable of the content and their surroundings. They finished the week with an art show, where they presented their self-portraits to an audience and in return were presented with a certificate of completion! The kids’ artwork will be on display in an upcoming youth art exhibit. 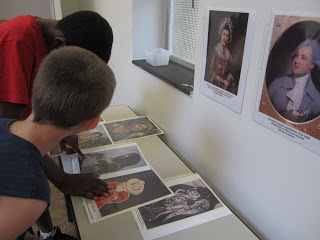 Thanks so much to Deb Housh and the Springfield Museum of Art for taking a risk to help Springfield kids “crush the odds”! It was a great week that they will never forget.